How does the Falcons offense change with Sanu gone? 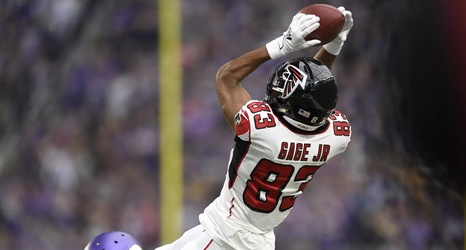 The news that the Falcons traded Mohamed Sanu to the Patriots for a second-round pick earlier this week was a little bit shocking. Not the trade itself, necessarily: we’d heard rumors that Sanu was desired on the market in the offseason, and his contract and likelihood to be cut for cap reasons in 2020 made him a logical candidate. It was the compensation—a second-round pick, which will probably be closer to a third when it’s all said and done—that shocked me. Sanu was Atlanta’s WR3, and while he’d been solid in 2019, he wasn’t exactly blowing up the league.