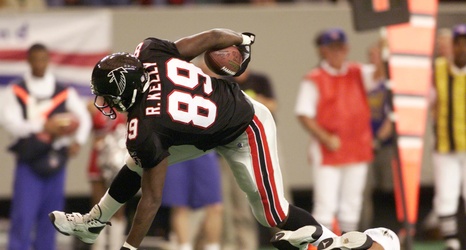 From Jim Mitchell to Austin Hooper, the Atlanta Falcons have had some very talented tight ends throughout history. If you started following the Falcons around the time they appeared in their first ever Super Bowl following the 1998 season, you probably remember a tight end by the name of Reggie Kelly.

Kelly spent five seasons in Atlanta, separated by a remarkable length of time. He would play in Atlanta from 1999-2002 and returned in 2011 as a reserve, which means he overlapped with both O.J. Santiago and Tony Gonzalez.

Recently, I spoke with Reggie Kelly and we discussed everything from his NFL career to his post-football career.