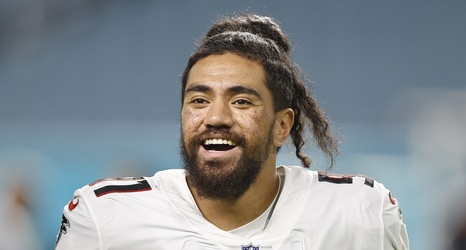 The Atlanta Falcons have had a sad history, to say the least. They have endured decades of losing and some of the most soul-crushing losses in NFL history – but one thing they have managed to excel at is having all-time great wide receivers.

When you hear one of the greatest players of all time speak about a former Falcons receiver, you listen.

This is exactly what has happened in a recent interview with Hall of Fame wide receiver, Isaac Bruce.

Thanks to an interview with Betway Insider, Isaac Bruce mentioned how former Atlanta Falcon’s pass-catcher, Andre Rison, was the best route runner he has seen.