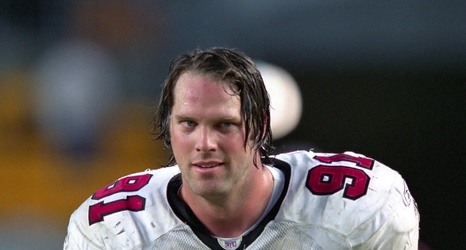 The last man Vic Beasley passed on the franchise’s all-time sack leaderboard before the team aggressively published a report that they wouldn’t be trying to re-sign him was Brady Smith. That name likely rings a bell for any fans who have been into the Falcons since the early 2000s or earlier, but more recent fans may not know Smith and older fans may have forgotten about his contributions to the franchise.

That’s what a Forgotten Falcons article is for, right? Smith was the bookend to the more well-known and productive Patrick Kerney for five out of his six seasons in Atlanta, but that tandem was a terrific one that combined for 73.