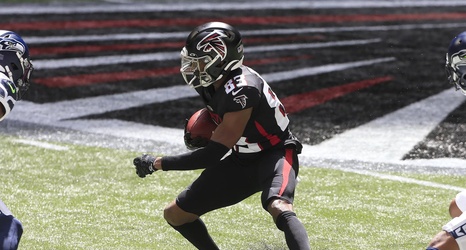 Greetings, Falcoholics! It’s time to talk fantasy football. Last week, the Atlanta Falcons lost the home opener to the Seattle Seahawks. Fantasy-wise, it was a great day for anyone who had Julio Jones, Calvin Ridley or Russell Wilson.

Before we look at this weekend’s game against the Dallas Cowboys, let’s review Week 1. As mentioned, the Falcons’ wide receivers went off. Jones, Ridley and Gage finished last weekend top-7 in receiving yards. A decent amount of it did come in junk time, but in the world of fantasy football, none of that matters.