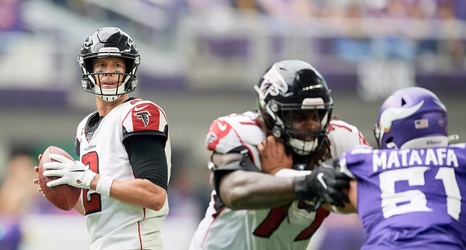 One thing I’ve learned in the now-three seasons since 28-3 is that it hurts less now for the Atlanta Falcons not to live up to their potential.

It’s like the otherworldly sequence of bizarre embarrassments and broken mirrors that continually haunt this franchise just aren’t all that crazy anymore.

Falconing has lost its bite.

The Falcons, on Sunday, pulled an Atlanta Falcons. What a shocker.

We all know how this goes, the song is becoming more tired and overplayed than a year-old radio hit. It’s, at this point, beyond even mentioning.

The team saw a blocked punt on its first drive, and everything after that was akin to the scene on Parks and Recreation where poor Jerry Gergich tries to give the presentation on “twout” and farts while ripping his pants.