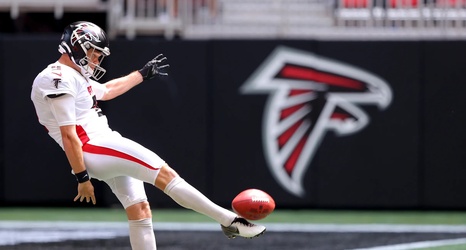 The Falcons had their punter battle upended by an injury to Sterling Hofrichter, but they wound up settling with Cameron Nizialek after the summer. His primary competition Dom Maggio was injured for part of that battle, but the former University of Georgia product also just seemed to earn the job by doing exactly what the team asked of him and booming a few punts in the preseason. After a mostly solid first game, there was no reason to think he’d be relinquishing that role.

Things happen quickly in the NFL, though, and when you’re a punter who can share some of the blame for a team going from a 3 point deficit to a massive one, things happen especially quickly.