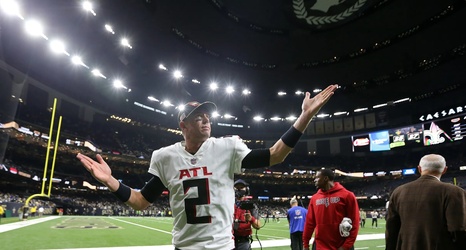 No player on the Falcons roster knows how much the rivalry against the New Orleans Saints means to this franchise than Matt Ryan, given that he is by far the longest-tenured Falcon on the team. Once again going into the Louisiana Superdome as marked underdogs, the Birds knew that any hope of pulling off an upset would come by way of Ryan’s right arm.

Matt Ryan delivered an incredible performance against the league’s fifth ranked scoring defense in front of a vehemently hostile New Orleans crowd. The Boston College alum had a season high 343 passing yards, three total touchdowns, no turnovers and by far his best passer rating in a game this season of 135.