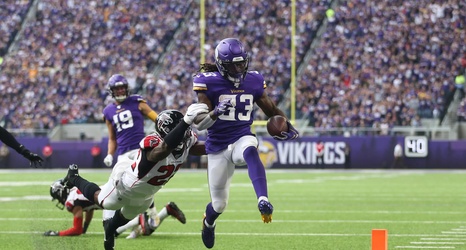 Well, that was a football game. That’s how it will go down in the official NFL record, but from the point of view of the Atlanta Falcons’ performance, it was more of an unmitigated disaster that just involved helmets and a football.

This stock market crash of a season opener started 2019 off on a sour note, with the Falcons never really looking impressive at any stretch against the Vikings. Lots of gripes and little to applaud in Atlanta’s loss to Minnesota.

Grady Jarrett was the lone bright spot in the Vikings’ evisceration of the Falcons.