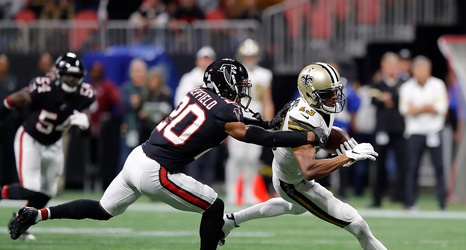 We were teased for two games, and then smacked back to reality by the true identity of this team.

It was difficult to like anything from Thursday’s loss to the Saints, but I tried.

It’s rare enough to corral one onside kick in a football game, yet the Falcons managed to do it twice — on back-to-back drives.