Falcons vs. Panthers: a quick look at the series history 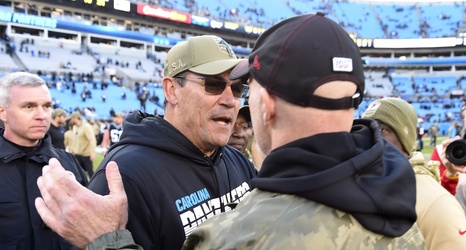 The Falcons and the Panthers have played some heated football games over the years. And who among us hasn’t screamed at the television after one of Cam Newton’s dabs or infuriating first down celebrations.

Let’s take a quick look at this series history before kick off tomorrow.

The Falcons get to play the Panthers twice a year. Interestingly, they’ve never faced off in the playoffs. The Falcons hold a respectable 31-18 lead in this series.

Historically, there have been stretches where the Falcons simply dominated the Panthers. For example, between 1998 and 2004, the Falcons won 12 of the 15 games they played against the Panthers.