Falcons trivia: Who were the first and only Atlanta quarterbacks to lead the league in passing TDs and yards? 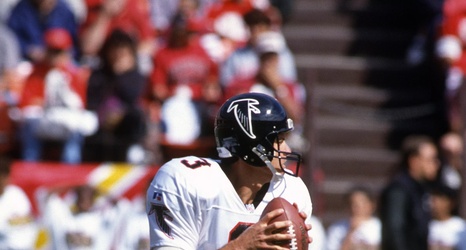