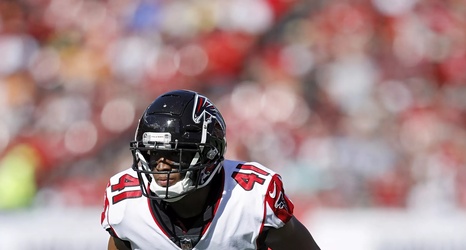 The Falcons didn’t take their issues at safety last year lightly. They had added Jordan Richards for his special teams acumen and had Damontae Kazee, which seemed like plenty until the Falcons improbably lost both their starters. Kazee largely thrived but Richards struggled to the point where Sharrod Neasman had to return and ride to the rescue, and heading into this year the Falcons had jettisoned Richards and elected to move Kazee to cornerback.

That explains the rash of signings.