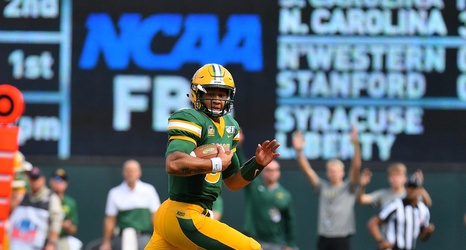 The draft is fast approaching, and with it mock drafts start to get a bit more concrete after all the Pro Days have been accounted for.

ESPN’s senior Draft Analyst Mel Kiper Jr. unveiled his NFL Mock Draft 4.0, and it was a bit more spicy than your run of the mill mock in that he put together two rounds and built in some trades.

The Falcons are among the movers, with Kiper projecting them to trade back from pick 4 to pick 6, in exchange getting a second- and third-round pick next year from the Dolphins for their troubles.