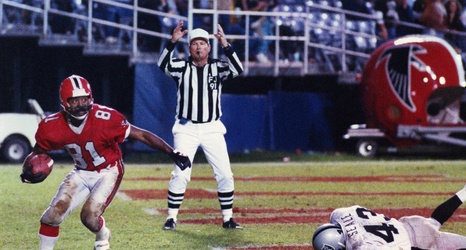 Hey, Falcoholics, I’m back with another edition of The Falcoholic’s Throwback Thursday series. This weekly segment highlights a former Atlanta Falcons player and discusses their life and what they did for the franchise.

Whether you’ve been a fan since the inaugural season, or just became a fan recently, this series will give insight on players from the past. This week we will be focusing on wide receiver Billy “White Shoes” Johnson.

William Arthur Johnson was born on Jan. 27, 1952 in Marcus Hook, Pennsylvania. At Chichester High School, Billy played quarterback and defensive back and was known for his speed.