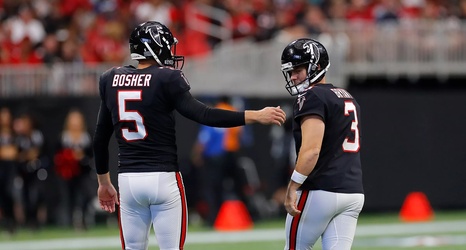 Stability has defined the Falcons special teams units for almost the entire current era of Falcons football, which I would loosely define as beginning with Matt Ryan and Thomas Dimitroff’s addition to the team.

Since 2009, Matt Bryant has served as the team’s kicker, with a couple of injury-and-contract-related hiccups here and there. Since 2011, Matt Bosher has been the team’s punter and Kemal Ishmael has been roaming around looking for guys to tackle. Since 2012, Josh Harris has been the long snapper. And from 2008-2018, Keith Armstrong was the team’s special teams coordinator.