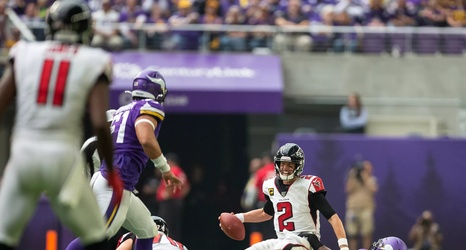 There are weeks where snap counts tell a compelling story for the Falcons. Those weeks where the team elects to play its best run-stopping defensive linemen fewer snaps and gets gashed are notable because they indicate a problem with game-planning, and those weeks where the Falcons keep a fullback active over a player who could have contributed more are frustrating in the extreme. The latter is a little true this week, but the truth is that the Falcons probably mostly had the right players out there against the Vikings. They just didn’t play very well.