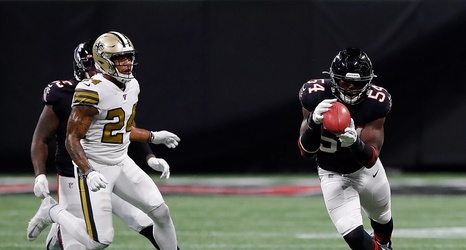 Obviously if your offense is on the field for 93 snaps and you only have 18 points, you have failed on a fundamental level. The Falcons certainly ran plenty of plays, but most of them were unproductive at best.

The snap counts tell part of the story here. With Julio Jones out, Christian Blake was forced into a huge role, while Jaeden Graham took over for Austin Hooper. James Carpenter got hurt and Wes Schweitzer played every single snap, putting together an awful effort against a team he has traditionally struggled against.