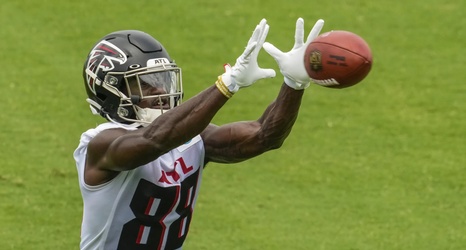 The Falcons have been busy today. With OTAs and mandatory minicamp wrapping up and the cap relief from the Julio Jones trade officially back on the books, we were expecting to hear about the team moving to sign their draft class. Earlier today, the signings of both CB Avery Williams and EDGE Adetokunbo Ogundeji were announced—and the remainder of the draft class was expected to follow shortly thereafter.