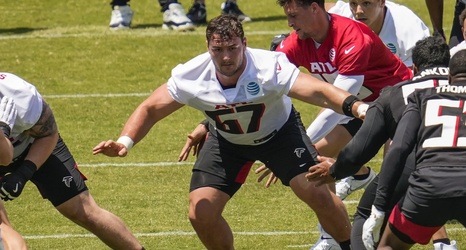 While it’s easy to focus on the fact that Julio Jones wanted to be traded, there’s an important aspect to the trade that is now coming to fruition: freed up cap space. Before the move, the Falcons were just a few hundred thousand under the cap and had no room to sign their rookie class.

Just two days ago the team made moves to sign many of their draft picks, particularly guys taken on day 3. Today they moved one step closer to getting the entire class signed by announcing the signings of Darren Hall and Drew Dalman.