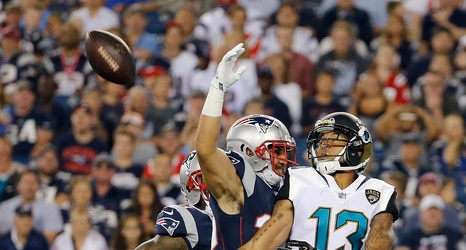 This weekend, the Falcons waived safety Afolabi Laguda, a former teammate of corner Isaiah Oliver. The team surprisingly got rid of Laguda after signing him to a two-year deal back in April. That left only J.J. Wilcox, Chris Cooper, and Sharrod Neasman behind Ricardo Allen and Keanu Neal.

Thompson moved from quarterback to safety in college, with teams apparently interested in coaching up his raw but athletic frame. With a hat tip to Will McFadden of the Atlanta Falcons, Thompson was named of the 2017 draft’s “freakiest athletes” via Pro Football Focus thanks to a 6.