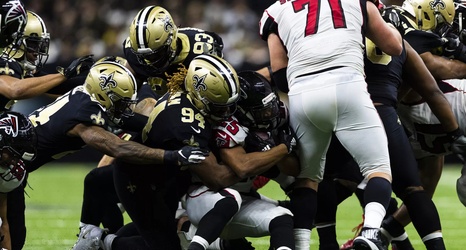 My expectations for this game are not high. I predicted a Falcons win more because I’ve been predicting Saints losses and want to see a Saints loss than any real belief Atlanta’s going to win, because things do not look pretty from a matchup perspective.

The Saints have Drew Brees, Alvin Kamara, and Tre’Quan Smith back from injury. They’re at home and also rested after their bye week. They’re 7-1 despite trotting out a backup quarterback for weeks, and the Falcons are 1-7 despite having theirs. Divisional mischief aside, you’d struggle to find a compelling reason to pick Atlanta this week, but divisional mischief and oddly close games have been a compelling subplot of this matchup for most of its run.