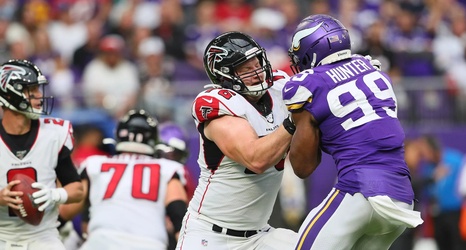 The Falcons are getting ready to take on the Eagles at home Sunday evening. The Eagles are coming off a Week 1 victory; and the Falcons, well, they aren’t.

The Falcons released an updated depth chart today. And guess what? They named Jamon Brown and Kaleb McGary as starters.

Less than a week ago, Brown was wrapping up an epic camp battle with James Carpenter. Brown didn’t win the right guard job outright, but his contract says a lot about what the team thinks of him going forward.