Falcons quarterback Matt Ryan on getting Devonta Freeman back in 2019 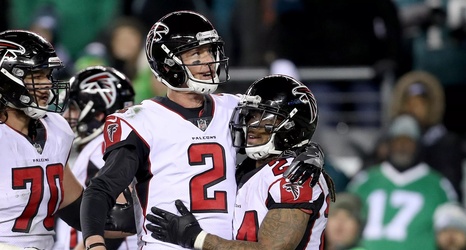 Falcons running back Devonta Freeman spent a lot of time on the sideline last season. I’d imagine that was incredibly hard on him, especially given how the season played out. It was also tough on the fan base; remember, you lived through it. But how do you think franchise quarterback Matt Ryan felt? (Spoiler alert: he didn’t like it, not one bit.)

It’s hard to quantify Freeman’s value. But in response to a question posed by the AJC’s D. Orlando Ledbetter during media availability last week (our own Jeanna Thomas was on hand), Ryan gave it his best shot.