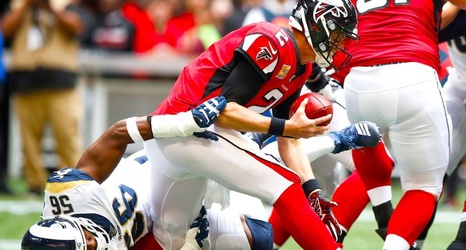 "He does have a sprained ankle,'' Quinn said Monday. "We'll be preparing both ways. If he can [play], that's great. And if he can't, then the bye would come at a good time for him next week. He's already in the pool running. You guys have been around him. He'll try anything he can.