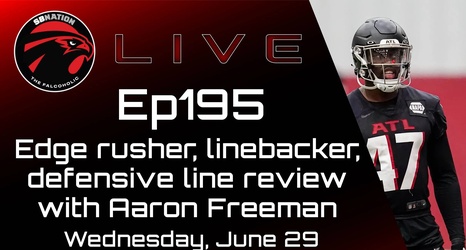 Now that free agency and the 2022 NFL Draft draft are (mostly) behind us, it’s time to take a closer look at the Atlanta Falcons’ roster heading in to the summer. Outside of a few additions and subtractions here and there in the course of training camp and the preseason, this is the roster Atlanta will be working with during the 2022 season.

We’ll kick things off with a look at the projected starters and players competing for those spots. Next up is linebacker. The Falcons return a handful of players from last year’s squad—though the status of Deion Jones is uncertain—and also added a number of veterans and a second-round rookie in Troy Andersen.