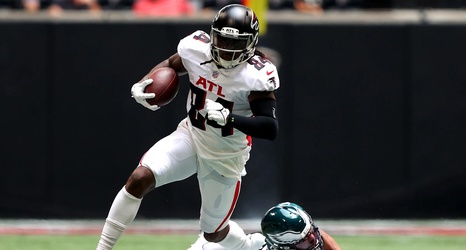 There’s really no way to sugarcoat the Falcons’ absolute nightmare of a season opener, so I won’t try. This is supposed to be a positive piece, after all, calling attention to the best player of the week for Atlanta! Suffice it to say, the team was pretty much blown off the turf in the second half after the offense completely stalled out and hung the defense out to dry. There were a few bright spots, however, and we’ll touch on perhaps the most surprising (and potentially impactful) one: the emergence of running back Cordarrelle Patterson.

Patterson, a former All-Pro kick returner and part-time wide receiver/running back hybrid, spent the past two years with the Chicago Bears before joining the Atlanta Falcons this offseason.