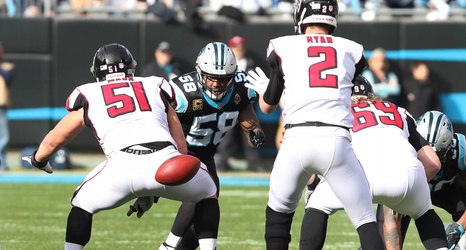 The Falcons won last week. Are we insufferably and unjustly confident now?

Hell yeah. Well, some of us.

Who can even predict this team? I expected the Falcons to lose against the spread (12 to 14 points) against the Saints. Instead, they won by 17. The same team gave Marcus Mariota his best game of the season before he was benched. Is this a team the Falcons can win? Absolutely. The Panthers run defense is nonexistent, their starting quarterback is a decent but limited Cam Newton replacement, and Ron Rivera looks almost certain to be fired.