Falcons offense vs. Seahawks defense: who wins this matchup? 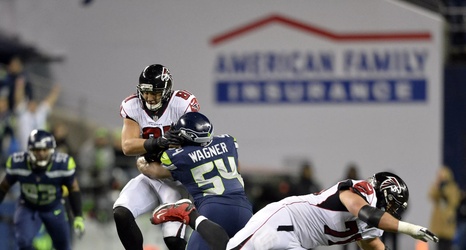 The Falcons offense has been a Jekyll & Hyde unit this year. They scored 32 and 33 points against the Texans and Cardinals, respectively. Somehow, they only managed 10 against the Rams and Titans. Under the leadership of Dirk Koetter, Austin Hooper is the only player having a great season. Can they finally get on track against this Seahawks defense? Let’s take a look.

Note: Assessments partially based off of PFF scores.

The Falcons offensive line has been a major disappointment this year.