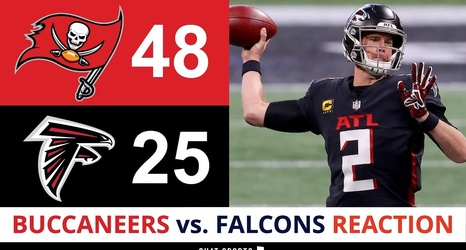 Atlanta Falcons news and rumors are disappointing following a 48-25 loss to the defending Super Bowl champion Tampa Bay Buccaneers on Sunday. Atlanta and the offense showed much improvement in Arthur Smith’s second game as Head Coach, however, the defense struggled to slow down Tom Brady as the star quarterback threw five total touchdowns in the big Bucs’ win. Thomas Mott breaks down all the latest Falcons Week 2 news and rumors on this edition of Falcons Today. Want more free Falcons videos? SUBSCRIBE today for the best coverage on YouTube: http://youtube.com/FalconsTV?sub_conf... Grade the Falcons’ Week 2 performance: A, B, C, D, F The Falcons defense continues to be a massive problem in Atlanta as Tom Brady had his way early and often with the secondary.