Falcons might have to move on from Keanu Neal 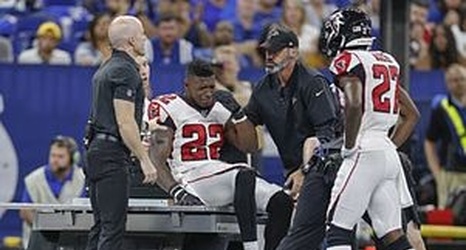 More importantly, how should the Atlanta Falcons move forward with the talented, and oft-injured Keanu Neal?

Quite frankly, the Falcons should heavily consider moving on from the fourth year safety. Make no mistake about it, when healthy, he could be a top safety in the league. But that’s the issue.

That “when” seems to be growing smaller and smaller. Neal has played all 16 games only once in his four-year career. In two of those seasons, he didn’t even make it through the first quarter of the season.

That’s a lot of risk and ifs to take for a cash strapped team, with dire needs at other positions.