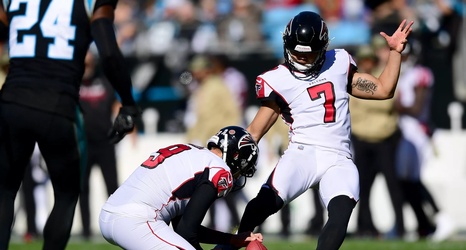 The swift rise of Atlanta Falcons kicker Younghoe Koo has been a fascinating one.

After the team’s deeply odd saga with franchise great Matt Bryant (wherever you stand on it, c’mon, Money deserved better), the team went out and signed Koo, who was stellar in the AAF after testing the waters of the NFL earlier in his career.

Since that decision to cut Bryant and make Koo the kicker for 2019, the Georgia Southern grad has been lights out.