Falcons impressive receiver depth on display against the Panthers 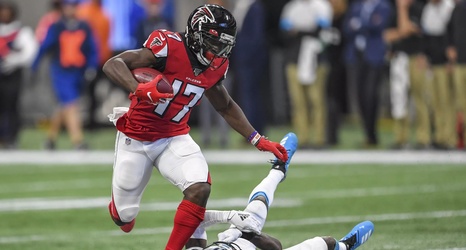 Just before the trade deadline, the Falcons had a decision to make. Several teams were inquiring about WR Mohamed Sanu, with the Patriots apparently making the highest offer of a 2019 second-round pick. Sanu had been a key contributor to Atlanta’s offense, and was part of the reason that the Falcons were considered by many to have the NFL’s best WR trio. Unfortunately for Atlanta, that trio wasn’t enough to put them in position to compete for the playoffs. Despite the hit to the WR depth chart, the Falcons elected to agree to the trade with New England.