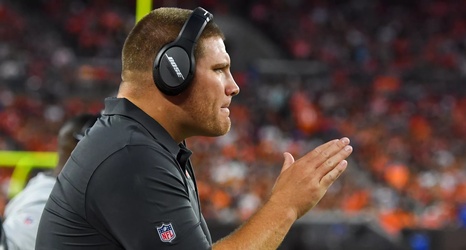 The Atlanta Falcons have hired Tosh Lupoi to be the team’s new defensive line/run game coordinator (DEs). The team’s coaching staff has remained predominately the same, but Dan Quinn has been shaking things up behind his coordinators.

Tosh Lupoi spent the 2019 season as the Cleveland Browns’ defensive line coach, where they allowed 144.7 rushing yards per game and 5 rushing yards per play, finishing the year ranked 30th in each category. In 2019, the Browns finished 20th in the NFL with 38 sacks, which was 10 more sacks than the Falcons finished with.