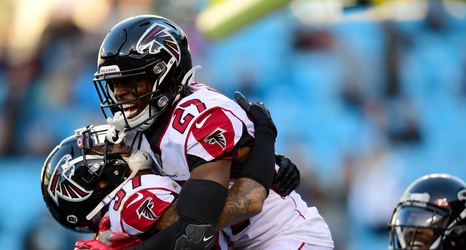 The Falcons have not had many streaks in team history where they haven’t allowed a touchdown by an opposing team for more than a single full game. As a matter of fact, they’ve only managed that feat five times in their entire history, including two three game streaks a long, long time ago.