Falcons - Buccaneers recap: The season ends with a slog punctuated by magic moments 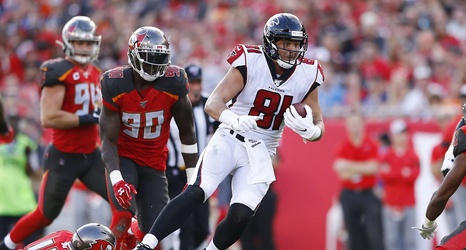 This game truly got going with a touchdown pass to—of all people—Ty Sambrailo. It ended in overtime with Jameis Winston throwing a pick-six that Deion Jones had from the moment Winston took the snap. Both of those moments were triumphant, marvels of play design and execution that represented some of the best work these Falcons can do.

Everything between, especially on offense, was just another deeply frustrating game from an uneven team. The Falcons settled for five field goals and scored just one offensive touchdown on the day, Matt Ryan was once again a man under siege, and the team carried the ball 30 times for 87 yards on the day.