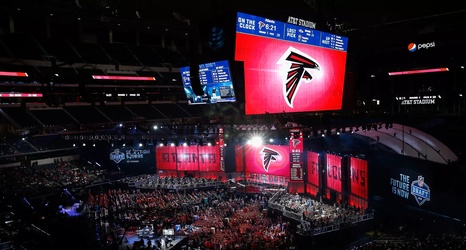 The Falcons came into Thursday night at sixth in the 2020 NFL Draft order. When they lost to the Saints, they moved to fifth in the order, however temporarily.

The two game winning streak created some fear in the tanking crowd, but the Falcons are right about where they were before they started that streak. The loss temporarily moved them ahead of the also woeful Broncos because they’re 3-9 and the Broncos have yet to play, meaning they stand at 3-8 through Sunday.

What’s increasingly clear is that the Falcons are headed for a top ten pick in 2020.