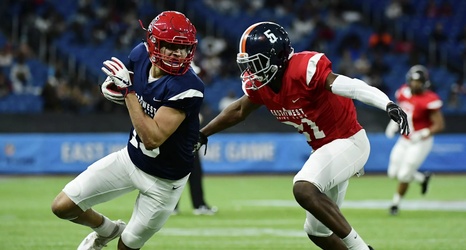 Atlanta Falcons offensive assistant Ben Steele, along with Mike Caldwell of the Tampa Bay Bucaneers, will serve as the head coaches in the 95th annual East-West Shrine Bowl.

The East-West Shrine Bowl is the longest running college all-star football game in the country, and an opportunity for top college players to show off for NFL teams. The Falcons will get an unusually good look at them via Steele.

Steele is a seven-year NFL veteran, who joined the Falcons in 2019 as an offensive assistant after spending the previous five seasons serving as the tight ends coach with the Tampa Bay Buccaneers.