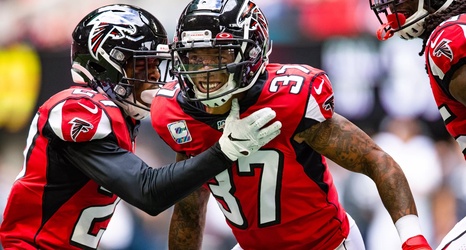 Desmond Trufant may be back in action this week, the first time we’ll have seen him on the field since Week 5. That’s big news for a secondary that has been skewing young in recent weeks, but it’s not the only bit of personnel news that’s worth paying attention to on the back end of this defense.

That’s because the Falcons are apparently sticking with the Damontae Kazee at free safety, Ricardo Allen at strong safety configuration they trotted out against the Seahawks. The team was victimized by the same kinds of embarrassing communication errors that have plagued them for weeks now, but they did also kind of hold the Seahawks in check and make some nice plays in coverage, which looks like real progress if you squint a little.