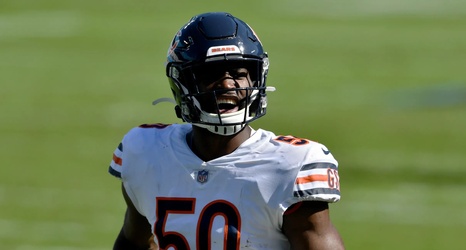 On Saturday, the Atlanta Falcons may have found out with the rest of us about the arrest of one of their offseason additions, linebacker Barkevious Mingo. As first reported by Pro Football Talk’s Michael David Smith, Mingo had been arrested following an offense of indecency with child sexual contact and was released on bail.

Following the news, the Falcons announced that they were gathering information on the the arrest and the incident that sparked it, and would continue to monitor the situation, while Mingo's attorney issued a denial. Following that review and whatever it may have entailed, the team announced early Sunday morning that they had officially terminated Mingo’s contract with the team, including the following short statement:

After being made aware today of allegations involving Barkevious Mingo and gathering information on the matter, the Atlanta Falcons have terminated his contract.