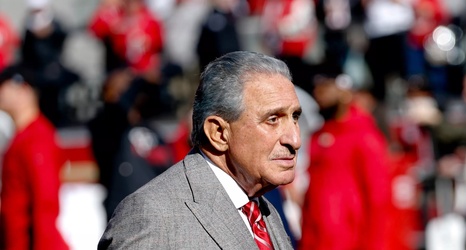 After years of anticipation, Atlanta Falcons owner Arthur Blank announced the team will finally update on their aging uniforms. The new uniforms, which will debut in April, are designed to “represent[] and reflect[] Atlanta’s culture.”

I hope that means they are inspired by Waffle House.

Blank notes that the team has heard the demands for an updated jersey “time and time again.” He is not joking, because fans have been demanding new jerseys for years.

Adam Schefter has the statement directly from Blank.

Falcons are changing their uniforms for the 2020 season and will unveil the new look in April, per team owner Arthur Blank.