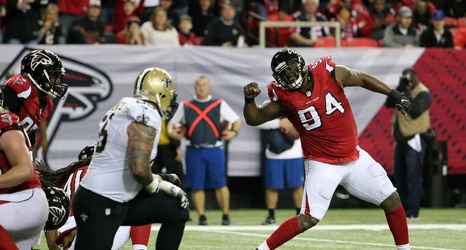 The offseason is well underway, as we inch closer to the 2022 NFL Draft. Before we get there though, since last month, free agents have been signing with teams around the league. There’s been several new players added to the Atlanta Falcons, including linebacker Lorenzo Carter and wide receiver Auden Tate.

We knew on Wednesday what the newest players’ jersey numbers would be, but the Falcons made it official on Thursday via their Twitter.

If you don’t feel like clicking the link, here’s the newest additions to the Falcons and their currently selected jersey numbers.