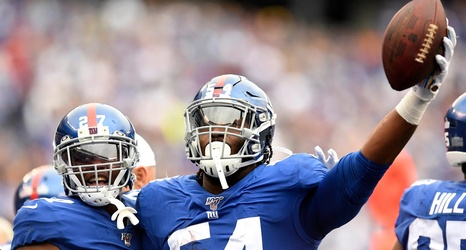 Atlanta’s options at outside linebacker are varied, but they have basically no proven high-end pass rushers there at all outside of Dante Fowler, who is on the reserve/COVID-19 list today and coming off a disappointing season. Given that, it’s not surprising that the Falcons keep adding players to the mix to see if they can strike gold.

The latest is Tuzar Skipper, a former Steelers, Giants and Titans linebacker. He has appeared in 10 games thus far in his two-year career, starting two and posting 8 tackles, a half sack and a fumble recovery. Chiefly, he’s bounced between rosters and practice squads, showing flashes of the pass rushing punch and strength that makes him intriguing, and chipping in on special teams along the way.