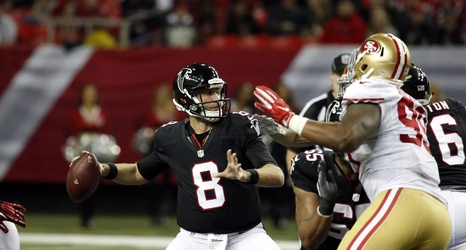 The Falcons haven’t had an easy time of things in 2019, but that hasn’t always been because of their opponent. Too often, this Atlanta team has shot itself in the foot against teams that shouldn’t have been able to run them over, most embarrassingly against the Texans, Titans, and Cardinals.

The 49ers, though? They’re the best team the Falcons have faced all season, which means the modest improvements this team has managed in recent weeks may not amount to much on Sunday afternoon. As banged up as they are, San Francisco has the makings of a juggernaut, and even an exhausting win over the Saints probably isn’t going to slow them down at home against the Falcons.