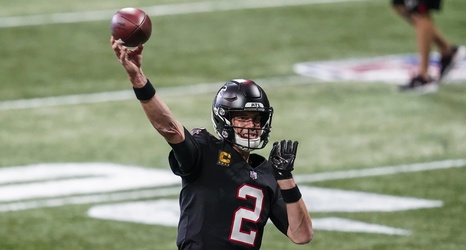 Just about every Atlanta Falcons fan is fully aware of the amount of turnover that veteran quarterback Matt Ryan has seen in offensive play callers during his career. As he enters his 14th season in Atlanta, Ryan will have Arthur Smith feeding him plays on game days, and if you count Dirk Koetter twice, that’s his fifth play caller.

He will also enter the season without his favorite target that he has established a connection with over the years. Still, Ryan has passed for 4,000 or more yards in 10 consecutive seasons and will look to add to that total as he continues to build his possible Hall of Fame resume.