Falcoholinks: All the Falcons news you need for Wednesday, Dec. 1 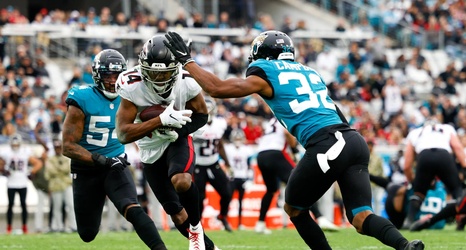 The Falcons avoided a fourth-quarter implosion against the Jaguars and headed back to Atlanta with a win and a 5-6 record. We’re working to track down whomstever the insistent whistler was, but all things considered: a good result and one that the Falcons should expect against lowlier teams like the Jaguars.

One of the biggest stories from this contest was the burgeoning rotation at center, with Drew Dalman taking 20 snaps. The Hennessy-Dalman rotation is one that Arthur Smith is expected to keep toying with as the back half of the season churns along.