Falcoholinks: All the Falcons news you need for Monday, Sept. 20 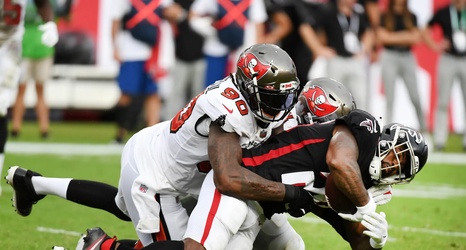 The Falcons made it a contest in the third quarter and ultimately fell apart in the fourth for their second straight loss.

It was fun while it lasted. Falcoholinks below.

There weren’t high hopes for Atlanta’s road matchup against the reigning Super Bowl Champs, and while they were dismantled in the first half, a valiant effort brought them within three points in the third quarter.

That all unraveled in the fourth quarter courtesy of a shank punt by Cameron Nizialek and a Matt Ryan interception.