Falcoholinks: All the Falcons news you need for Monday, July 15 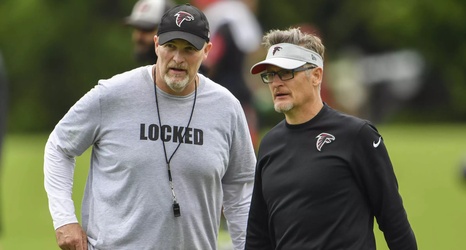 The one week countdown until training camp has officially started. Football is on the horizon, folks! We’ve been looking at camp battles and guys on the roster bubble, so read on for today’s Falcoholinks to start your Monday.

Should the Falcons’ offense measure up to what we all know it is capable of, the ground game will be one of the big reasons. 2018 did not give us an adequate picture of Atlanta’s rushing attack, as Devonta Freeman was out for the majority of the season. With Freeman healthy and the departure of Tevin Coleman, the game on the ground will look wildly different from recent years, but the Falcoholic’s Kevin Knight believes the changes will spell more consistency.