Falcoholinks: All the Falcons news you need for Monday, July 12 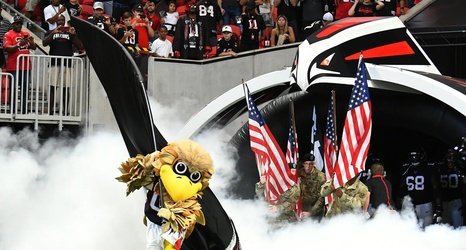 It’s a Monday, which means we’ve got some links for your perusal.

This is awful. It’s awful to think about and awful to write about — so I’ll preface this section with that context.

On Saturday, Atlanta Falcons free agent signee Barkevious Mingo bonded out of a Tarrant County, Texas jail on one charge of Indecency with a Child — Sexual Contact. His contract was promptly terminated by the team, which clearly creates some immediate personnel and cap space issues.

The Falcons finally released their training camp schedule for the upcoming season, which officially gets underway July 31st in Flowery Branch.