Falcoholinks: All the Falcons news you need for Monday, Dec. 9 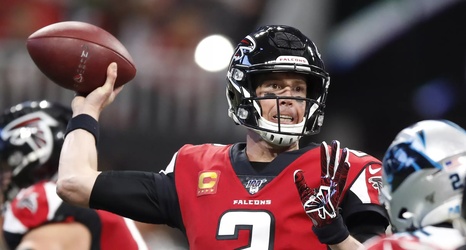 Good morning, Falcoholics. Welcome to the worst day of the week: Monday. You’re in luck, however, because a new edition of Falcoholinks is here to ease you through your post-weekend blues.

The Falcons have handled the Panthers pretty well throughout the two teams’ history, and they continued that run with a 40-20 win over Carolina as they moved to 4-9 on the year. It was a bit of a snoozer of a first half, but the Falcons would turn it on in the second and not look back.

It wasn’t close from that point forward, with both the offense and the defense making plays where they needed to.